Natural gas pipelines never appear out of nowhere. Companies work to get their pipelines where they want them. Five corporations have either proposed, started building or built major pipelines in Ohio.

Along the way, the companies often lobby for bills in Congress and the Senate and will also work to gain the favor of area politicians.

Here’s a list of Ohio politicians who have received contributions in 2018 from natural gas companies behind the state’s pipelines:

Johnson is the current representative to the 6th Congressional District, which West Virginia, Pennsylvania and Kentucky. He has received the most money from pipeline companies. 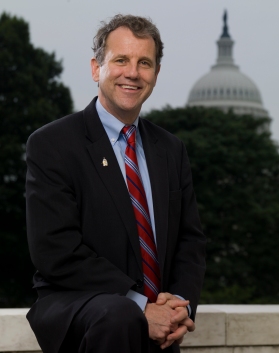 The current senator is up for reelection against Jim Renacci in November.

Stivers represents the 15th Congressional District, which includes southern parts of Columbus and Athens, home to Ohio University. Stivers is also the chair of the National Republican Congressional Committee.

Balderson narrowly won the special election for the 12th Congressional District. He is up for reelection in November.

Gibbs is running for reelection in Ohio’s 7th Congressional District in Northeast Ohio, which includes the city of Canton.

Kaptur is representative of the district that is home to both Toledo and Cleveland.

Despite Tiberi announcing his retirement in 2017 of the 12th Congressional District, he has still received some political donations.

Note: Kinder Morgan has not donated to any Ohio politicians in 2018.